WRITER/AUTHOR NICOLE PAQUIN
From the gal who isn't afraid
to put it all out there...
" I find that writing from the heart, using deeply personal experiences really resonates with my readers."
-Nicole L. Paquin 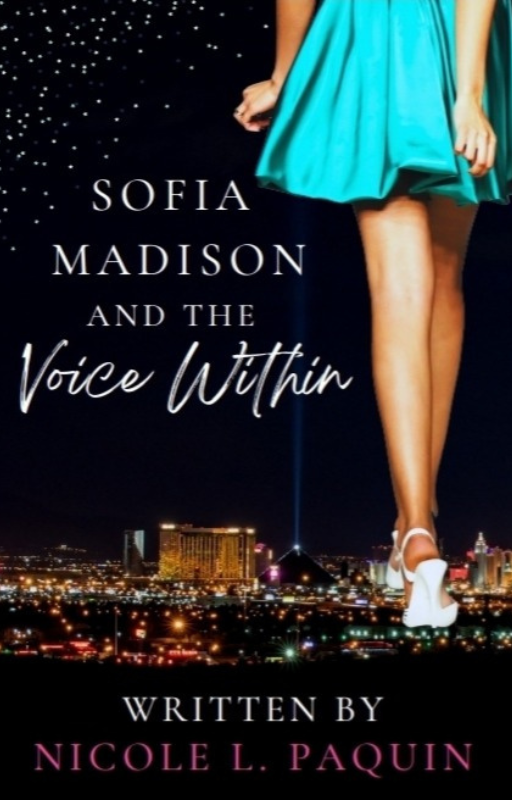 Nicole L. Paquin an author and screenwriter of Contemporary Fiction, Women's Fiction, Steamy Romance, Paranormal YA, Romantic Comedy, and Coming of Age. She spent twenty-five years on stage singing her heart out as a live music and theatrical performer, and worked in real estate in her hometown of San Diego before becoming a published author and media personality.
She first discovered her love of books as a young girl spending her afternoons in the back of the school book bus devouring The Sweet Valley High Series, and every book written by Judy Blume. It was a couple years later, when her father gave her The World According to Garp, Flowers in the Attic, and Lightning by Dean Koontz, that she knew she wanted to become a writer.
In 2013, Nicole had a life altering experience and knew the fictionalized version would make an amazing book(SMATVW). So, in 2014, she returned to her writing education at UCSD, and eventually found her voice at San Diego Writers Ink.
Nicole is also a reoccurring guest on top-rated shows such as The Author’s Porch, Lifestyle Channel USA with Dr. Mobi, as well as Talk Sow Central RGV Style ,and she  occasionally hosts The Authors Porch, where she conducts celebrity author interviews. Her column Respectfully Relentless  focuses on chasing the dream, mindfulness, and positive self-talk has been featured and distributed throughout a networking system of author newsletters and can be found quarterly in The Authors Porch Magazine Available on Amazon.  Buy it here-
​https://www.amazon.com/s?k=the+authors+porch+magazine&crid=16HJTMF7R4CMO&sprefix=the+authors+porch+magazine%2Caps%2C148&ref=nb_sb_noss

​ I write to entertain, inspire, and empower women.

Spill the tea?
Maddie does.
Reading a Sofia Madison book is like having an in depth, secret divulging conversation with
your best friend.
Following in her adventures will find you humor, adventure, romance, sex, love, devastation, redemption, revenge, and triumph as she​ follows her heart and pursues her dreams.
All while having the time of her life!

There are two books available in the Sofia Madison Series. SMATVW is currently on Amazon
Double Trouble 1987(The prequel) Is currently in pre-release. Email Nicole at nikip0802@gmail.com for purchase options.

Nicole L. Paquin
Presents:
Sofia Madison
and the
Voice Within
Now On Amazon!
Get your copy here:
​ https://www.amazon.com/Sofia-Madison-Nicole-Lynette-Paquin/dp/B089D3S9YR/ref=sr_1_1dchild=1&keywords=nicole+Paquin&qid=1596590085&sr=8-1
​

​
Sofia Madison is a fun-loving, adventurous, and thoughtful woman. Like many unmarried women approaching forty, Maddie had built a wall to protect herself from experiencing any more heartache, or disappointment at the hands of another man.
On a trip to Las Vegas, as she watches her dearest friend walk down the aisle, Maddie re-evaluates her life. She decides to take down her wall, if only for the weekend, and the days following the wedding proved to be life-changing. Maddie’s passion is set aflame when she encounters a handsome and very charming Englishman.
During their whirlwind, long-distance relationship, Maddie is swept away by Cullen’s affections, generosity, and the elegance of his love making. With Cullen, life was a constant stream of  high-profile romantic getaways, and dreams fulfilled.  However, as Cullen mastered a complete integration into her life, Maddie was immune to any instinctual, or  external warnings that might reveal him as someone other than the man he portrayed himself to be.
Bridget Jones Diary meets Sex and The City, in Sofia Madison and The Voice Within. A relatable and contemporary Chick-Lit novel complete at 65,000 words. The story is told from a first person POV, and tells a story about how not everything that happens in Vegas stays in Vegas.

IN THE WORKS:
Sofia Madison The Yachtie  Raised in a life of luxury, Maddie was constantly exposed her father’s passion for boats. Instead of preparing her to simply be a pampered passenger on a mega yacht, he groomed her to one day captain her own. When their fortune was lost, Maddie dropped out of school and got a job doing the only thing she knew. She dashed her dreams of being a theatre major and became a Yachtie, working big boat charters all over the world.
In four short years, she tirelessly worked her way to the top, gaining expertise and respect along the way. However the years of physical work, dealing with her crew’s antics, and conceding to the outlandish requests of the rich and spoiled passengers, brought on a major case of burn out.
Maddie was looking forward to the break between charter seasons when she was given an offer she couldn’t refuse— to captain a 100 ft. yacht from The Florida Keys, to Isla Mujeres— a small island in the Caribbean where she would be able to relax while the vessel underwent some needed repairs.
Three weeks of bliss without needy passengers or a complaining crew. Just Maddie, living on a yacht docked at a  resort marina. Sunbathing, lobster, and margaritas were all Maddie could think about as she got on the plane bound for Florida. Little did she know, freedoms of self, sexuality, and potentially dangerous new friendships awaited her on the enchanted tropical island.

The Haunted Room (WIP)
Paranormal  Historical Fiction, YA, Coming-Of-Age
Untouched by the rest of the world, the Southern California island of Coronado is so beautiful it is even magical at times, but a haunting truth lies beneath. In this place, where only the most privileged of people reside, dwell the deadly and lecherous well. A century of buried secrets surrounding the death of a young woman, Kate Morgan, have been trapped within the walls of the islands historic landmark, The Hotel Del Coronado. Only assumptions could be made when her lifeless body was found near a tormented seaside, four stories below her hotel window. It’s rumored that her spirit remains to linger the hallways of the elegant hotel; and on similar stormy nights, sightings of her silhouette have been reported, eerily drifting in front of the hotel along the Pacific shoreline. The mystified hotel staff affectionately deemed Kate “The Beautiful Stranger”, as was not much was known about her. However, the curiosity of why an affluent young woman would be traveling alone in the year 1892, sparked many elaborate tales.
On the one-hundred-year anniversary of Kate’s death, a guest of the hotel, Sofia, a naive and vulnerable clairvoyant numinously draws Kate into materialization, pulled forth by the sheer force of the young girl’s power, and the uncanny parallels in their lives. A connection is made and for the first time, Kate communicates with the living— to help the girl and her mother from suffering a similar fate and unravel the secrets preventing her unsettled spirit from eternal rest.
While Sofia’s discovery of long buried town secrets pose to threaten the islands pristine façade, she emerges into a strong and determined woman who refuses to be silenced by the townspeople in jeopardy of losing everything if the truth surfaces above their lies. With the help from the ghost of Kate Morgan, she reveals the truth of a small-town paradise where not everything is what it seems beyond the walls of The Haunted Room.

​
Eleven Nights in  London
Chick-lit, Women's Fiction
​Did she live there in another lifetime? Or is someone or something waiting for her? Haunted by a reoccurring dream, Sofia Madison remains in  London to realize her destiny. Find out what lies in store for Maddie in the sequel to SMATVW

AVAILABLE IN PRE-RELEASE!!!
Double Trouble; The Summer of 1987
Women's Fiction, Coming-of-Age, Steamy Romance, Rom-Com
DOUBLE TROUBLE 1987
Interchanging twins resurface along with smoldering memories of the past.
Only this time, who’s fooling whom?
​
Sofia Madison revisits the summer of 1987, where the Southern California sun was hot, and the boys were even hotter. It was the year she tested the boundaries of her strict upbringing and started to figure out who she really was—and more importantly, what she wanted. With the help of her daring best friend Hannah, she was able to taste freedom and follow her heart, making memories that lasted a lifetime.
Amongst the gorgeous surfers, academics, and musicians were a pair of emancipated twins, Trey and Jaimie Knox. Maddie was immediately drawn to Trey and soon finds herself in the arms of the irresistible identical twin. Although the chemistry with Trey was mysteriously inconsistent, she never forgot the night they shared a kiss so incredible, she thought it must have been fate that pulled the elements together to accomplish the moment that lingered in her mind for fifteen years. What she did forget is that kiss didn’t come from Trey.  It was stolen by his deceptive twin brother Jaimie.
When Jaimie resurfaces at a high school reunion, history repeats itself, and this coming-of-age story evolves into one filled with steamy encounters and dreams fulfilled, as Maddie revisits the unique memories of experiences that bond them throughout space and time. Only this time, she follows her intuition down an unexpected road of empowerment and bittersweet revelations as she discovers why she’s always associated the memory of that kiss, with Trey.
Will history repeat itself, or will the ghosts from the past haunt her forever?

Las Vegas is known as Disneyland for        adults.What was your guilty pleasure?
Whether you’re going to Las Vegas, have been there or have travel memories you want to remember, writing them down in this Travel Journal is a fun way to do it. Enjoy standalone snippets from Sofia Madison’s Las Vegas adventure, along with writing prompts to guide and inspire you in writing your own amazing story.
As a bonus, Author Nicole L. Paquin, brings you one last adventure from Sofia Madison and the Voice Within. A never-before-seen deleted chapter full of fun and sass. “Girls Night Out, an Evening with the Thundering Hunks of Las Vegas Strip”, will bring a smile to your face and inspire your hand in this fun and fresh approach to writing. Although this journal is specific to Las Vegas, that doesn’t mean you have to be. Have fun with it. Who knows, maybe you’ll create a book of your own. Happy writing! 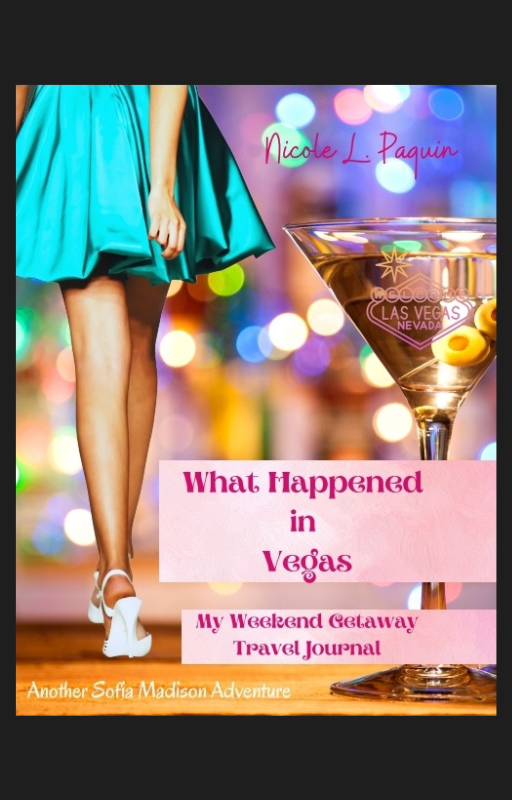 
Don't forget to watch,
The Bobmshell Book Review!
live THURDAYS 6pm PST/ 8pm CST
www.Facebook.com/theauthorsporch
​
Join Authors Nicole L. Paquin and CJ lopez as they review the latest Women's Fiction. We love an uplifting read. Cozy romance, Rom-Com, Chick-lit, and Hisrotical Romance are among our favorites.
Come Join the fun, and find your next great read!
Look for our monthly book announcement, pickup a copy and read along with us!
​ 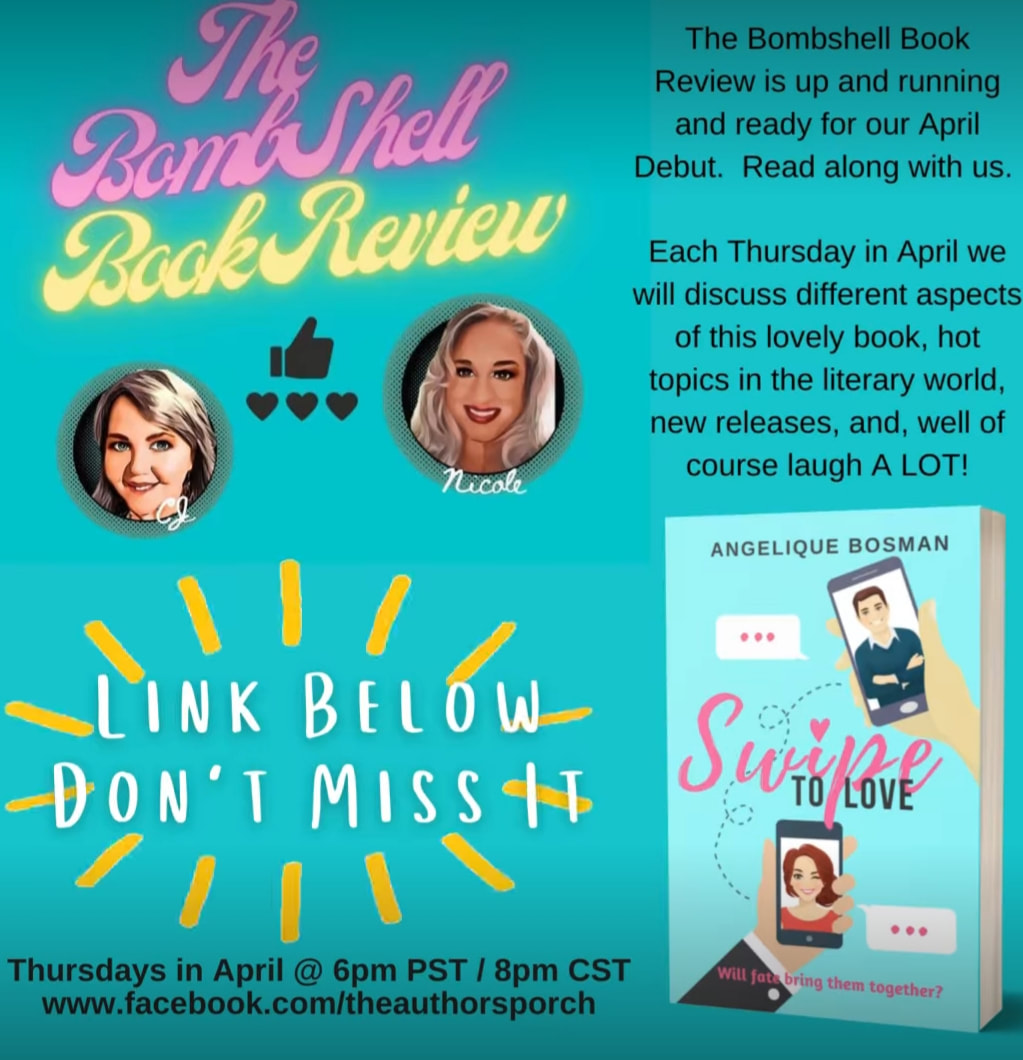