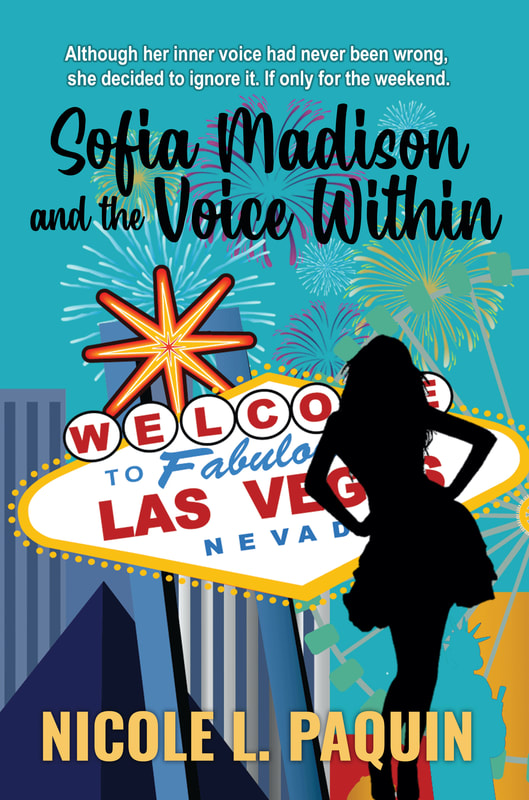 "I write about the human condition and base many of my stories on actual life experiences."

Sofia Madison And The Voice Within is the first to be released in the Sofia Madison series. Maddie is strong, yet relatable. And when she meets the man that changes her life
forever, she doesn't hold back one detail!

​SYNOPSIS OF SMATW:
​Sofia Madison, “Maddie” travels from San Diego to Las Vegas for her best friend’s wedding. She is in need of a break from her job, her studies, her competition swim training, and her grief. She arrives in Vegas alone, instantly feeling the city’s electricity, and draws in exactly what she’s needed-
An adventure.
Throughout her stay, Maddie catches glimpses of a handsome stranger, an Englishman she encountered while standing in the check-in line of her hotel. On her last night in Vegas they finally meet at a roulette table, and all bets are off!
One night. His suite. It was all so exciting. But when Cullen flew home and Maddie returned to California the following day, she was sure it would end there. However, not everything that happens in Vegas stays there, and exactly one week later, with her heart pounding, Maddie finds herself picking him up at the train station in San Diego.
After a passionate week together, the two become attached, and spend the better part of a year making and falling in love. But something wasn't right, and even though her inner voice had never been wrong, she refused to listen to its warning.

When Maddie discovers an undeniable piece of information which reveals Cullen as to who he really is, and not the man he's pretended to be, she confronts him and he vanishes without explanation. After months of devastation and self-doubt, Maddie picks herself up, swims her heart out, and gets on with her life. However, deep inside, unanswered questions  tormented her. And just when she thought she'd put it all behind her, a woman contacts from the other side of the globe. A woman with the answers she has needed. The ones she secretly yearned for. Together they expose Cullen for who he really is.
The two women become friends and partners,
​ not so much in revenge- but in redemption.
The Englishman seals his own fate.
The women rise to the occasion.